Fuelled by the insatiable demand for better 3D graphics, and the massive scale of the gaming market, NVIDIA has evolved the GPU into a computer brain at the exciting intersection of virtual reality, high performance computing, and artificial intelligence.

OCF has been an NVIDIA partner for over 10 years supplying many hundreds of NVIDIA GPU’s into the Research market for visualisation, accelerated compute and deep learning & artificial intelligence applications.

OCF holds the highest level of NVIDIA Compute DGX Accreditation (ELITE) in addition to holding NVIDIA Visualization Accreditation (PREFERRED). OCF is able to supply NVIDIA branded products including NVIDIA DGX A100, DGX Station A100, Standalone GPU’s including the A100, RTX6000 and RTX8000.

OCF can design, deploy and support a balanced, end-to-end solution centred around the latest NVIDIA GPU technologies at practically any scale.

NVIDIA DGX A100 - THE UNIVERSAL SYSTEM FOR AI INFRASTRUCTURE

NVIDIA DGX™ A100 is the universal system for all AI workloads—from analytics to training to inference. DGX A100 sets a new bar for compute density, packing 5 petaFLOPS of AI performance into a 6U form factor, replacing legacy compute infrastructure with a single, unified system. DGX A100 also offers the unprecedented ability to deliver fine-grained allocation of computing power, using the Multi-Instance GPU capability in the NVIDIA A100 Tensor Core GPU, which enables administrators to assign resources that are right-sized for specific workloads. This ensures that the largest and most complex jobs are supported, along with the simplest and smallest. Running the DGX software stack with optimized software from NGC, the combination of dense compute power and complete workload flexibility make DGX A100 an ideal choice for both single node deployments and large scale Slurm and Kubernetes clusters deployed with NVIDIA DeepOps. 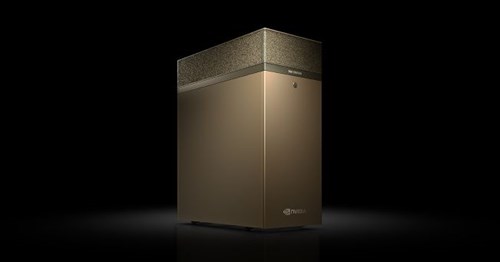 NVIDIA DGX STATION A100 - WORKGROUP APPLIANCE FOR THE AGE OF AI

NVIDIA DGX Station A100 brings AI supercomputing to data science teams, offering data center technology without a data center or additional IT infrastructure. Designed for multiple, simultaneous users, DGX Station A100 leverages server-grade components in an office-friendly form factor. It's the only system with four fully interconnected and Multi-Instance GPU (MIG)-capable NVIDIA A100 Tensor Core GPUs with up to 320 GB of total GPU memory that can plug into a standard power outlet, resulting in a powerful AI appliance that you can place anywhere.

The NVIDIA EGX AI platform delivers the power of accelerated AI computing from data centre to edge with a range of optimised hardware, an easy-to-deploy, cloud-native software stack and management service. The EGX hardware portfolio ranges from the tiny, power-efficient NVIDIA® Jetson™ family for tasks such as image recognition and sensor fusion at the edge, to entire racks of NVIDIA-Certified Systems™ in the data centre which can deliver more than 10,000 tera operations per second (TOPS) to serve hundreds of users with real-time speech recognition and other complex AI experiences. 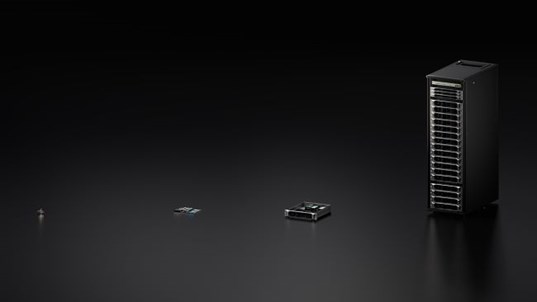 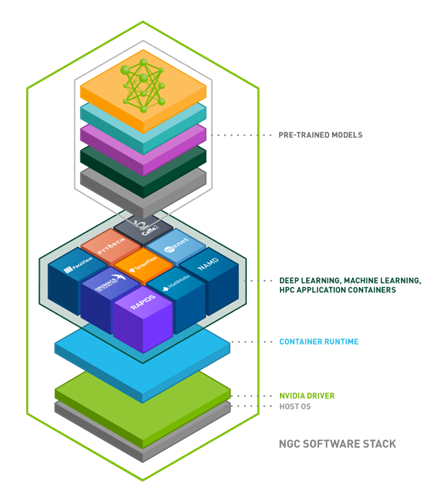 NVIDIA Clara is a healthcare application framework for AI-powered imaging, genomics, and for the development and deployment of smart sensors. It includes full-stack GPU-accelerated libraries, SDKs and reference applications for developers, data scientists and researchers to create real-time, secure and scalable solutions. 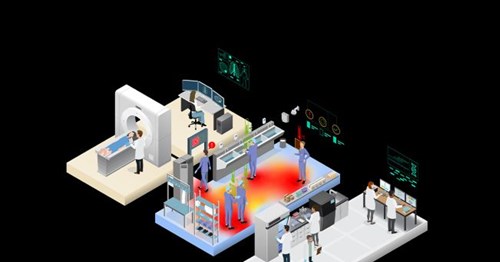 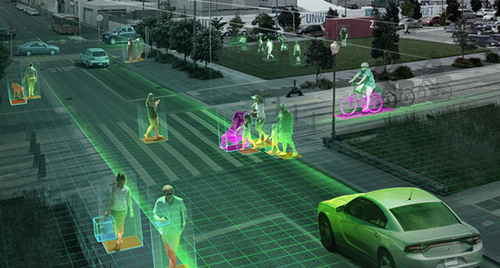 NVIDIA Metropolis is leading an AI revolution, giving you the tools, technologies, and expertise to meet every challenge with smarter, faster applications ability to gather data from trillions of sensors and other IoT devices and extract actionable insights. NVIDIA Metropolis uses the low power of NVIDIA® Jetson™ in cameras and appliances at the edge, the massive compute of NVIDIA Tesla® servers in the cloud, and the NVIDIA DeepStream SDK powered by NVIDIA TensorRT™ to deliver a complete IVA solution.

request a call back to discuss nvidia metropolis

Isaac Sim 2020, built on NVIDIA Omniverse, is a robotics app designed to import, build, and test robots in a photorealistic and high-fidelity physics 3D environment. It works in both local and cloud-based systems.

request a call back to discuss nvidia isaac 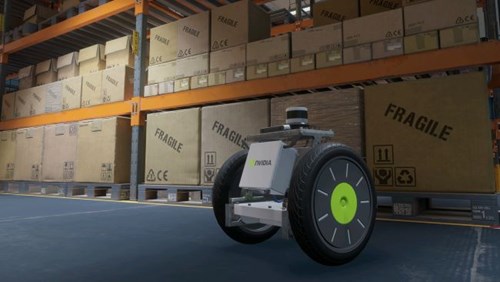 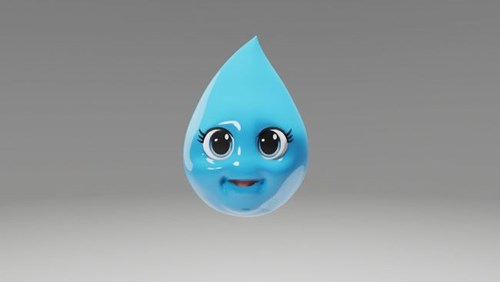 Jarvis is a fully accelerated application framework for building multimodal conversational AI services that use an end-to-end deep learning pipeline. Developers at enterprises can easily fine-tune state-of-art-models on their data to achieve a deeper understanding of their specific context and optimise for inference to offer end-to-end real-time services that run in less than 300 milliseconds (ms) and delivers 7x higher throughput on GPUs compared with CPUs.

Request a call back to discuss nvidia jarvis 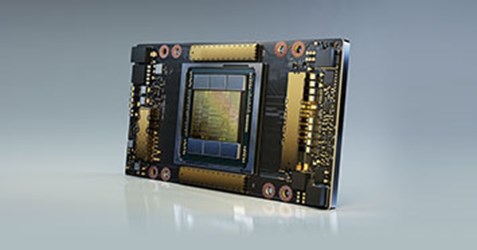 NVIDIA A100 Tensor Core GPU delivers unprecedented acceleration at every scale to power the world’s highest-performing elastic data centers for AI, data analytics, and HPC. Powered by the NVIDIA Ampere Architecture, A100 is the engine of the NVIDIA data center platform. A100 provides up to 20X higher performance over the prior generation and can be partitioned into seven GPU instances to dynamically adjust to shifting demands. Available in 40GB and 80GB memory versions, A100 80GB debuts the world’s fastest memory bandwidth at over 2 terabytes per second (TB/s) to run the largest models and datasets.

NVIDIA A40 GPU's unprecedented performance and multi-workload capabilities from the data centre, combining professional graphics with powerful compute and AI acceleration to deliver today’s design, creative and scientific challenges. NVIDIA A40 brings state-of-the-art features for ray-traced rendering, simulation, virtual production, and more to professionals in the form of virtual workstations or server-based workloads. 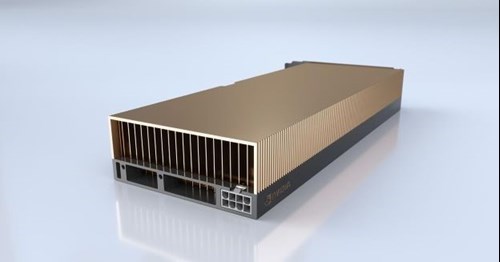 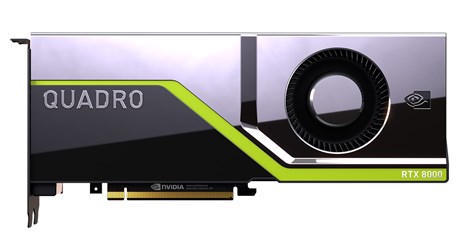 NVIDIA® Quadro® RTX 6000, powered by the NVIDIA Turing™ architecture and the NVIDIA RTX platform, brings the most significant advancement in computer graphics in over a decade to professional workflows. Designers and artists can now wield the power of hardware-accelerated ray tracing, deep learning, and advanced shading to dramatically boost productivity and create amazing content faster than ever before.

Bring the power of RTX to the data center with the NVIDIA Quadro RTX 8000, and Quadro Virtual Data Center Workstation (Quadro vDWS) software, built on the NVIDIA Turing architecture and the NVIDIA RTX platform for powerful server-based visual computing solutions. 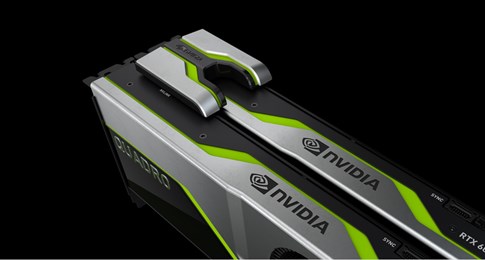 NVIDIA® Tesla® V100 is the world’s most advanced data center
GPU ever built to accelerate AI, HPC, and graphics. Powered by
NVIDIA Volta™, the latest GPU architecture, Tesla V100 offers the
performance of up to 100 CPUs in a single GPU—enabling data
scientists, researchers, and engineers to tackle challenges that
were once thought impossible.

The NVIDIA T4 data center GPU now supports virtualization
workloads. Based on the latest NVIDIA Turing™ architecture,
this solution can be deployed with Tesla T4 – the most
universal GPU to date capable of running any workload.